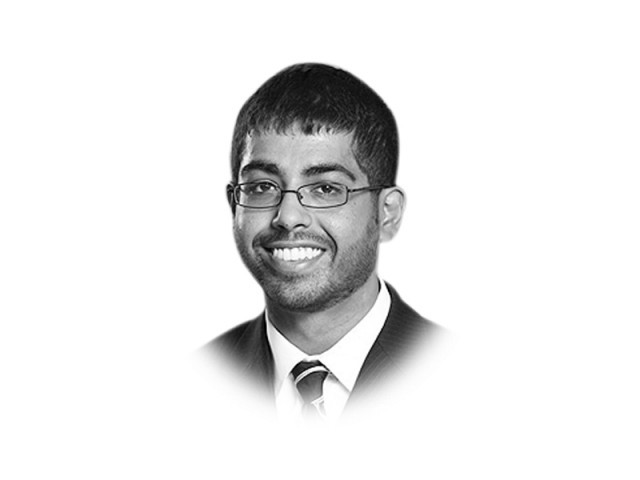 The writer holds a Juris Doctorate and LL.M specialising in international law and is a member on the board of directors for Americans for Justice and Democracy in Pakistan. He tweets @warishusain The recent revelations concerning the US government’s surveillance programmes have sparked a renewed interest amongst American citizens to reconsider the balance between security and privacy.

This presents an opportune moment for the Pakistani public and its newly-elected leaders to consider their own methods of battling terrorism while protecting privacy. There are several lessons that can be learned from the US government’s legal missteps in the shadow of 9/11 by Pakistan, as it begins to enforce the Fair Trial Act (FTA), which allows electronic surveillance of Pakistani citizens by its security agencies.

In the US, wiretapping and electronic surveillance are categorised as “searches” conducted by the government. The US Constitution prohibits the government from searching an individual unless it can procure a warrant by proving to a judge that there is probable cause to believe the individual is, or has, committed a crime. This constitutional requirement was created in order to protect the citizens’ privacy and to keep the police in check through judicial review.

However, this first changed during the Cold War, when US intelligence agencies were monitoring telephone calls without any warrant for individuals suspected of espionage. A congressional committee led by Senator Frank Church discovered that the government abused this power, which inspired the creation of the Foreign Intelligence Surveillance Act (FISA).

This was a specially created court that could be accessed by intelligence agents to seek a warrant for wiretapping an individual. While the FISA court was supposed to limit the surveillance abilities of the government and protect privacy rights, it has been seen as a rubber stamp court that grants thousands of warrants, while only rejecting a handful in its decades-long history. The second change came during the war on terror, where the Bush administration was found to be illegally conducting wiretap searches of Americans without warrants.

This practice was codified into law through the 2008 FISA Amendment, which removed the warrant requirement altogether in some cases. Perhaps, the most frightening aspect of the US government’s monitoring of its citizens is that all three branches of government responded to terrorism by capitulating the central legal limits established by the nation’s founders to protect the privacy and freedom of citizens. The same could go for Pakistan in the aftermath of the FTA, which replicates much of the system described above.

The Act requires agents to request a warrant from a judge to monitor a suspect’s phone or computer for three months, with a potential six-month extension. This was certainly a positive step to attach a legal procedure to the otherwise legal vacuum in which intelligence agents operated in the past, but there are three elements of the Act which may threaten the citizens’ privacy.

Rather than adopting the probable cause standard, the FTA sets the bar lower: allowing agents to be granted a warrant so long as they have “reasons to believe” that the individual is likely to be associated with or is beginning to get associated with any suspected terrorist. Such a low proof bar may render the warrant requirement meaningless. Secondly, under the FTA, the warrant process can be avoided altogether if the head of an executive or intelligence agency grants an interim warrant, although this would need to be reported to the courts within a week.

The non-judicial interim warrant challenges the overall effectiveness of the warrant requirement. Lastly, intelligence agents can now formally demand internet and telephone companies to give them sensitive information about their clients. The Pakistan government can request information from domestic service providers, threatening them with a potential Rs10 million fine if they refuse to comply. Though the creation of a formal system of warrants seems to be a step in the right direction to limit security agencies from infringing on citizens’ rights, all three branches of government will need to be vigilant to avoid repeating the mistakes made by the US. This is important for Pakistan’s prime minister, parliament and judges to consider, as they attempt to protect the citizens’ privacy, while facing countless terrorist attacks.