Home  »  Original Articles   »   Woolwich Attack: Nothing but barbarity – by Dur-e-Aden 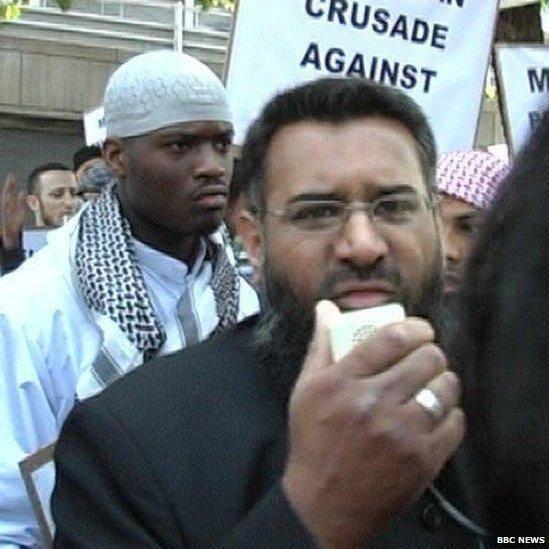 The recent attack on a British Soldier by a man with a knife and a meat cleaver was an act that was distinctive in its barbarity. Although news of beheadings is common place in war torn areas such as Iraq and Afghanistan, it was surprising that it happened in broad day light in a busy London street. However, even more shocking, disturbing and disgusting was the way in which the attacker reacted and gave his justification for the murder. Michael Adebolajo (the person who is identified as the primary suspect), described this attack as a revenge for British Foreign Policy.

While blood was still dripping from his hands, Adebolajo went on a rant in front of a camera and explained that “the only reason we have killed this man today is because Muslims are dying daily by British soldiers.” He goes on to say that “”by Allah, we swear by the almighty Allah we will never stop fighting you until you leave us alone” and complains that “what if we want to live by the Shari’a in Muslim lands?

Why does that mean you must follow us and chase us and call us extremists and kill us?” He ends on a rather surprising note when he says that get rid of your present governments and “Tell them to bring our troops back so can all live in peace.” (Notice the shift from “fighting you” to “our troops”).
Though anger came from all sectors of society against this crime, there were a couple of people who also thought that may be British Foreign Policy did have something to do with it and this was the point that I didn’t understand. If that person was angry at British Foreign Policy because it is responsible for spilling the blood of Muslims, it’s not like there is any Muslim country in the world which has a perfect human rights record and is not involved in oppression of Muslims anywhere in the world.

Turkey is accused of violating the rights of its Kurdish communities (who are Muslim), Baloch (who are Muslim) complain about the human rights violations of Pakistan Army, Taliban (who are Muslim) oppress our “Muslim brothers and sisters in Afghanistan” but are supported by “Muslim” countries like Pakistan and Saudi Arabia. Moreover, Saudi Arabia and Iran are accused of fighting their sectarian battles in other people’s lands which often result in horrific body counts (Syria anyone?) and Palestinian cause has been betrayed several times by various “Muslim regimes.”

Now should all the soldiers and leaders of these countries be beheaded on streets as well? What about women in “our lands” who have to witness the atrocities committed by fellow Muslims every day?
Now by giving these examples, I am not suggesting that it is wrong to disagree with British Foreign Policy especially when it has been disastrous, as in the case of Iraq war.

However, unlike the most Muslim majority states in the world today, Britain is a much more open society which provides a lot of avenues for its citizens to participate and voice their concerns irrespective of religious differences. It is quite surprising that organizations like Hizb ut Tahrir which are banned in some Muslim countries are openly allowed to operate in Britain and spew the venom of their hate filled agenda because of their right to freedom of speech.

Moreover, there are Muslims in the British Parliament (people like Lord Tariq Ahmed and Sayeeda Warsi for example) and to Mr Adebolajo’s dismay also in the British Army. In fact according to Imam Asim Hafiz “there are nearly a thousand Muslims serving in the Armed Forces. They are proud to serve alongside their comrades, one of whom they tragically lost yesterday. The Armed Forces are about defending the United Kingdom and everyone who lives in this country – Muslim and non-Muslims.”

Therefore, there is no justification to express your dismay and anger in such a savage fashion in a democratic society.
As far as the question of Shari’a goes, it is interesting to note that Britain allows much more freedom of religion to its citizens than any Muslim majority country in the world, especially more than those countries who claim to be following Shari’a. In Britain, every sect of Muslims can practice their faith as they like.

While it is true that Britain does not have Shari’a at a state level, it still allows for Shari’a courts to operate in the country in order to handle family issues. Moreover, Shari’a is lot more complicated than simply the institutionalization of 4 or 5 laws at state level. It is a process of making yourself a better person, “a path to life giving water” which involves things like speaking the truth, paying the charity, no-back biting, praying, fasting etc. and majority of these things don’t require state institutionalization.
In the vocabulary of Us. vs Them that was used by the Woolwich attacker, he seems to have forgotten that it’s not only Muslims but also a lot of non-Muslim British citizens who disagree with British Foreign policy as well.

Some of the biggest demonstrations against the war in Iraq were in London. Not to mention that after this attack, as hate attacks on Muslims spiked, it was the law-enforcement agencies of Britain which not only arrested some of the culprits but also provided security to other sensitive Islamic areas like mosques to protect its citizens, again irrespective of religious differences (One Word: RESPECT!!!). In addition, David Cameroon in his speech made it clear that “this was not just an attack on Britain and the British way of life, it was also a betrayal of Islam——-we will defeat extremism by standing together,” and “the fault lies solely and purely with the sickening individuals who carried out this appalling attack.” His words are worthy of applause especially at a time when far right movements in Britain are criticizing him for being a “PR” man for Islam (just read some of the comments under the video on youtube).
Hence the actions of Woolwich attacker are not deserving of any sympathy whatsoever.

They were a result of a misguided ideology which took a very simplistic view of the world without critically thinking about all the underlying nuances of politics that underline so many of our current issues. In today’s globalized world, nothing is simply between Islam vs. West. In fact, issues are about injustice and oppression and oppressors and oppressed can belong to different religions, ethnicities and nationalities and in some cases, both can have same identities as well. You should definitely voice your concerns against injustice wherever you can. However, butchering people in broad day light in a functioning, law abiding and democratic society is not the way to go and you should be ashamed of yourself for your actions. I hope the law takes its due course in apprehending these murderers and the family of Soldier Lee Rugby finds justice and closure.
Dur-e-Aden (twitter handle: @aden1990)