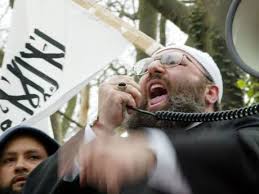 The initial reaction to the brutal killing of Lee Rigby, a 25-year-old off-duty British soldier, in Woolwich last week was to renew the debate over apparent “lone wolf” acts of terrorism. There are those who believe the attack was the latest in a series of terror acts that have a common denominator – the al-Qa’ida-linked group formerly known as al-Muhajiroun.

Founded by the Syrian cleric Omar Bakri Mohammed before being taken over by Anjem Choudary, it was banned in 2010. But it has been linked to one in five terrorists convicted in Britain over more than a decade.

It is little surprise that the Woolwich suspects have been on Whitehall’s radar for years. Mr Choudary has already admitted knowing Michael “Mujahid” Adebolajo, as someone who “attended our meetings and my lectures”.

Al-Muhajiroun has continued to function with impunity, most recently under the banner of Izhar Ud-Deen-il-Haq. According to a former US Army intelligence officer, John Loftus, three senior al-Muhajiroun figures – Mr Bakri Mohammed, Abu Hamza and Haroon Rashid Aswat – were recruited by MI6 in 1996 to influence Islamist activities in the Balkans.

In 2000, Mr Bakri Mohammed admitted training British Muslims to fight as jihadists abroad. That same year, he boasted: “The British government knows who we are. MI5 has interrogated us many times. I think now we have something called public immunity.”

A year later, the private security firm set up by Mr Bakri Mohammed in cohorts with Abu Hamza – Sakina Security Services – was raided by police and eventually shut down. Speaking in Parliament at the time, Andrew Dismore MP claimed the firm sent Britons “overseas for jihad training with live arms and ammunition”. Yet Mr Bakri Mohammed and Abu Hamza were not even arrested, let alone charged or prosecuted over this.

Proscription and extradition have failed. What we need is a willingness to prosecute. The failure to do so is influenced by narrow geopolitical interests resulting from Britain’s subservience to US strategy in the Muslim world. According to the former MI6 officer Alastair Crooke, the Saudis, in pursuit of benefiting mutual US-Saudi interests, have played the role of proxy to the Americans, mobilising Islamist extremists to destabilise parts of the Middle East.

As David Cameron renews Britain’s commitment to supporting the rebels in Syria, who include al-Qa’ida-affiliated Islamists, questions must be asked whether Britain’s secret services have been compromised by short-sighted geopolitical interests.

Dr Nafeez Mosaddeq Ahmed is the author of ‘The London Bombings: An Independent Inquiry’