An Islamist Beheading In Britain, Ctd 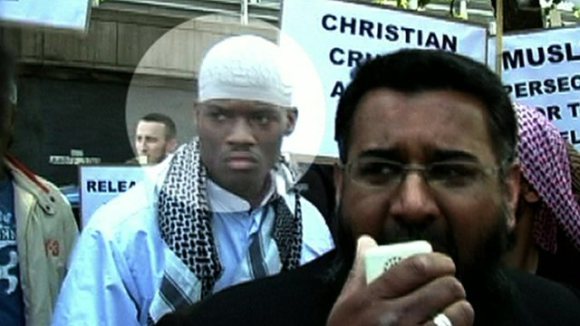 Greenwald refuses to label the beheading in London “terrorism,” calling it just another attempt to stir paranoia against Muslims: [T]he term at this point seems to have no function other than propagandistically and legally legitimizing the violence of western states against Muslims while delegitimizing any and all violence done in return to those states … I really have to try restrain my anger here. First off, Glenn’s adoption of the view that the wars in Iraq and Afghanistan amounted to “continuous violence by western states against Muslim civilians” seems a new step toward the memes of Islamist propaganda. Does Glenn really believe that the wars in Afghanistan and Iraq, however flawed, were deliberate attempts to kill Muslim civilians, in the way al Qaeda deliberately targets and kills Muslim civilians? If he does, then I beg to differ.

The reason we invaded Afghanistan was not because we decided to launch a war on Islam. It was because wealthy, Islamist, hypocritical bigots launched an unprovoked Jihadist mass murder of Western innocents from a cell based in a country run by a regime that specialized and specializes in the mass murder of other Muslims. Before 9/11, America had saved Muslims in the Balkans from Christianist fanatics. We helped liberate Muslims in Afghanistan from Soviet oppression.

We continue to give vast amounts of money to Muslim countries like Egypt, and, because of our economic development and need for oil made multi-billionaires out of Saudi clerics. And the war against Saddam, though a criminal enterprise and strategic catastrophe, nonetheless removed one of the most vicious mass murderers of Muslims on the planet. And the sectarian murder of Muslims that followed, however the ultimate responsibility for the occupying forces, was not done by Westerners. It was done by Muslims killing Muslims.

The West, moreover, is committed to removing its troops from Afghanistan by next year and is fast winding down drone strikes. How can that legitimize a British citizen’s brutal beheading of a fellow British citizen on the streets of London? If we cannot call a man who does that in the name of God and finishes by warning his fellow citizens “You will never be safe” a terrorist, who would fit that description, apart, of course, in Glenn’s view, Barack Obama? The barbarian with the machete was not born in a Muslim country or land. He was born in Britain, educated at Marshalls Park school in Romford and Greenwich University. He does not have a history of concern with foreign policy – or even sensitivity toward the mass murder of Muslims. There is no record of his protest against the mass murders by the Taliban – because those kinds of murders of Muslims he approves of.

He is a convert to the Sunni Islamism of Anjem Choudary, whose street thugs were involved in a melee in a London street only last week as they attacked and scuffled with Shi’a Muslims. Choudary’s group wants Sharia law imposed on the UK, a war against Shiites everywhere, the brutal subjugation of women, and suppression of every freedom Glenn cares about. The idea that this foul, religious bigotry – when it provokes its adherents to the kind of barbarism we saw two days ago – is some kind of legitimate protest against a fast-ending war is just perverse. I want the war in Af-Pak to end.

I agree that blowback is a real problem. I was horrified by the Iraq war. I remain appalled by GTMO and the legacy of torture. But I cannot defend any analysis of what happened in London as some kind of legitimate protest against Western foreign policy rather than terrorism in its most animal-like form, created and sustained entirely by religious fanaticism which would find any excuse to murder, destroy and oppress Muslims and non-Muslims in the name of God.

They did this before 9/11 and before our invasions of Afghanistan and Iraq. They are doing it now in Syria in the name of the same God. These genocidal theocrats did not need to be spurred by the US and UK’s actions – although they can view those as a further inflammation.

They are living out their twisted, foul faith – which requires them not merely to kill, but to hack and mutilate and dismember another human being and celebrate that fact with a glee and a pride that has absolutely nothing to do with foreign policy and everything to do with the evil lurking in the totalitarian’s soul. I have to say I have always respected the sincerity and clarity of Greenwald’s critique of the war on terror. But his blindness to the savagery at the heart of Salafism is very hard to understand, let alone forgive.