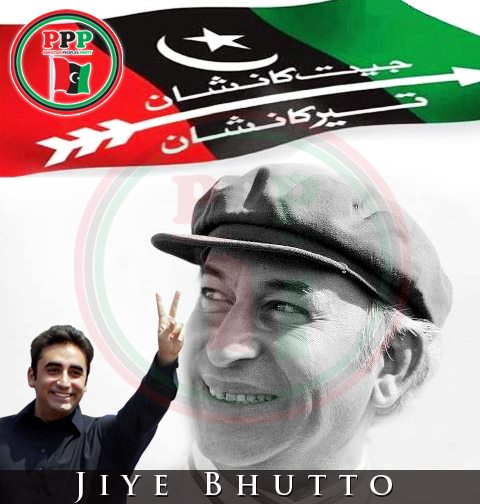 Two guys with whom I spent many very happy years in Islamabad are annoyed/irked/ can’t understand why I refuse to vote for PTI and why I don’t admire Musharraf, like them. Why do I insist on connecting the actuality of PPP today, with what they see as its lost hope, as a liberal social-democratic party? They suggest I vote” strategically” i.e. by voting PPP and not voting for PTI I am actually strengthening NS , who supposedly is more of an enemy than Imran.

Right? Wrong. At this point of time a government headed by NS and including PPP is for me the best available option. Why? That requires a bit of explanation so if you not into politics I suggest you skip to the last two paragraphs.
When we define ourselves as liberals it is not necessarily as a partying crowd who feel that their social freedoms will be threatened by fundos. Not that that is wrong but it is not a core issue. People like myself view Pakistan as a “Security State”, a state where the institutions of national security define the priorities of the state and the means and resources to deal with them. It would take too long to defend this thesis but just remember that we have been ruled by the military for about half of our existence and even when they have not been in power they have continued to make and unmake governments and dictate crucial policies. Anti-India hysteria, Islam, jihad, nuclear bomb, Kashmir, these are the ideological pillars of this security state, which is music to the ears of religious parties and Punjab has generally been comfortable with it. Not so Sindh, KPK and Baluchistan. The bottom line is that Pakistan’s politics and its economic and indeed social life has been ruined by this conflict. The military cant allow Pakistan’s people to determine its destiny and do away with its hegemony, while people who cheer the throwing out of a political government realize in a few years that their problems are if anything more compounded by military rule.

No political government in Pakistan can deliver till this dilemma is resolved. Are the aspirations of people to define where we are headed or is the national security establishment to retain its hegemony over the state and its resources? Our resources cannot be freed for human development if we remain in a state of perpetual war with India. The society’s fabric is being torn apart by jihadi groups like the Taliban who, let us not forget, were (some still are) surrogates of the military who have become renegades. Note the bizarre fact that despite having lost 55,000 people to their terrorism, you do not see a concerted effort anywhere in the media to highlight their atrocities or label them as the enemy. Why? The reasons I am afraid are too serious and cannot be discussed on an open forum like this.

Where Imran stands today, is where many others have stood before him; Bhutto, Benazir and lastly nawaz Sharif, and the pedestal on which this generation is placing him, others have been placed. Popular leaders who realized after attaining power that their ability to deliver was curtailed by the security establishment’s need for living in a state of permanent war / constant threat. However at present Imran’s rhetoric of islam, iqbal, hyper-nationalism, defiance of US etc. sit in well with our military who need an excuse to tell the world why we cant “do more” against the terrorists; Our people don’t allow it.

This is my reason for not voting for PTI. It gives another few years and some more false hope to people that these structural problems of the state can be resolved by “good governance”, “end of corruption”, “merit based culture”, all noble goals which will be thrown by the wayside when the struggle to survive politically, deepens in the conflict between a popular leadership and praetorian ambitions. I stand with the PPP since it saved the federation by restoring the 73 constitution, gave the National Finance Commission Award (distribution of resources between provinces) and ended the Concurrent Llist (provincial autonomy). Swat was saved by Zardari ordering the military action while IK was opposing it till the end. Bajaur, Mohmand, Orakzai and Kurram, parts of South Waziristan have been restored to Pakistani state because the PPP/ANP stood firm on confronting the terrorists. If we had followed IK’s lead not only Swat and Dir but all the tribal agencies would have been lost to us. I will vote for the PPP because they have resisted US and UK pressure on Pak-Iran pipeline and gwadar port. (Better late than never). I will vote for it because Zardari tried his best to improve relations with India and Afghanistan and to control the military despite being a coalition government. The Kerry-Lugar Bill and the so-called Memogate scandal were attempts to assert themselves, in a somewhat crude manner. However, I understand the spirit behind the effort. Why the PPP was as poor in governance as it was? many reasons including incompetence and obsession with continuing on. When people taunt the PPP for not being a “liberal party” I wish they would convince the Taliban and their sponsors on our electronic media about this. Would make us all feel so much more secure.

With NS determined to clip the military’s wings and having good relations with India, a govt. headed by him and joined by PPP can have a chance to resolve the fundamental dilemma of the state. IK’s winning will only postpone the inevitable by a few years.

The drubbing the PPP will receive in the elections will hopefully move it to understand that a new generation has come of age and they are woefully out of sync with it. They will also need to move away from the Bhutto cult and allow genuine leadership to emerge spontaneously. If they don’t, then I suppose this will be their last hurrah.