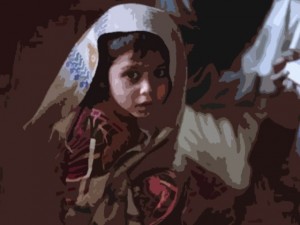 authorities from both the countries had been holding several flag meetings since Friday for the girl’s return. PHOTO: REUTERS/ FILE

A seven-year-old Indian girl who had strayed into Pakistan was given a new dress, footwear and candies before the Rangers handed her over to Indian authorities, reported Indian news agency TNN on Tuesday.

The girl, Pooja Meghwal, had strayed into Pakistani territory through a damaged fencing near 43KYD village on Friday while grazing cattle. She was handed back to Indian Border Security Force (BSF) on Monday in “good health”, the report said.

BSF officials told TNN that authorities from both the countries had been holding several flag meetings since Friday for the girl’s return. An officer said that the girl “was smiling and was seen in a new dress given to her by Pakistan Rangers”.

“The girl told us that she was offered timely meals, candies, new footwear and a new dress by Pakistani Rangers. A woman officer was also deputed by them to take care of her,” the report quoted DSP Bikaner Babu Lal Bishnoi as saying.