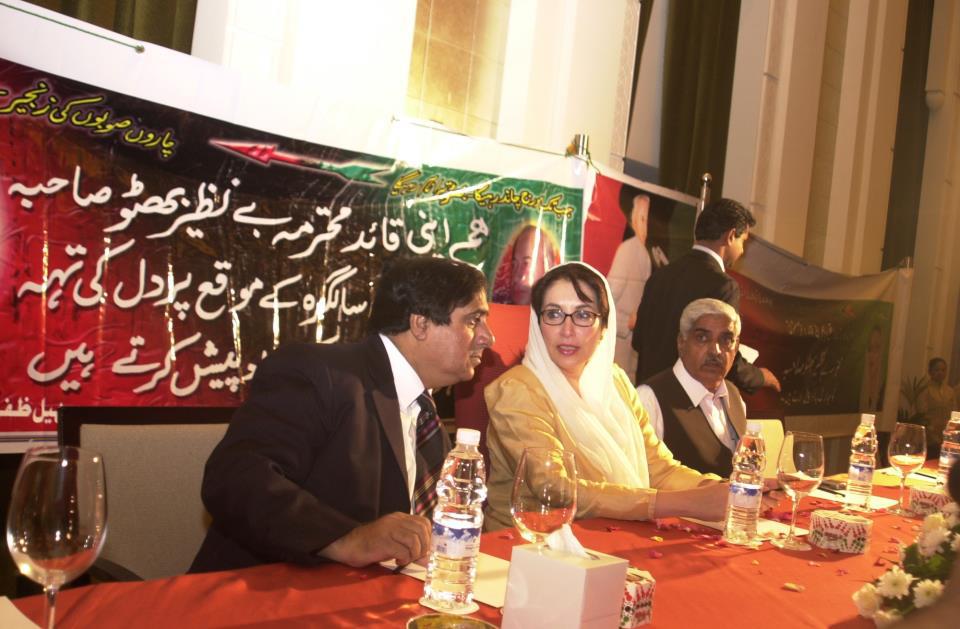 The completion of the term of constitutional government marks the collective achievement of the democratic forces in Pakistan. Admittedly, the five years was a period full of turbulence, myriad challenges and tumultuous events. Despite all odds and fragility of the system, Pakistani political system survived. This alone is a great achievement in Pakistan’s political history.

This achievement is not an accident. The driving force behind the functioning of federal government during the last five years was the Benazir Bhutto’s vision of reconciliation and negotiation. Long years of dictatorship brewed various types of divisions, bitterness, and animosities among various sections of the society. As a result, many political forces are at war with each other and a culture of intolerance, revenge and violence emerged. In this environment of hostility, BB’s vision of reconciliation, tolerance and accommodation proved a healing prescription.

The forces of dictatorship tried their best to sink the ship of democracy in one pretext or another. They continuously maligned the public representatives and projected them in a negative light. The PPP leadership never got provoked; they never confined its political opponents and never got vindictive. The PPP leadership showed maximum restraints and defended themselves within the four corners of law and constitutions.

I am not arguing that democracy solved all the problems. Admittedly, there were many challenges; energy crisis, inflation, water-shortage, food scarcity and law and order conditions that remained major problems for the common people. Nonetheless, despite all odds and limitations, the PPP tried its best to rescue the marginalized through Benazir Income Support Programme, empowerment of provinces through constitutional amendments and bold initiative of importing energy from Iran.

The PPP government got serious setback as it has to channel its energies and resources to fight with terrorism and militancy. The present spate of militancy, sectarian violence, and religious bigotry are the poisonous fruits and legacy of the dictatorship. Despite their brutal and barbarian cruelties, the PPP always opposed and challenged these forces. The stand of the PPP has never been vague or compromising to placate the militants and violent sectarian outfits. By dealing this menace, the PPP leadership has always relied on BB’s vision of religious tolerance which could make Pakistan a pluralistic and progressive society. The PPP leadership never gave up service or empty claims. It offered ultimate sacrifices for this cause. The long list of sacrifices includes BB herself, Governor Taseer, Federal Minister Shahbaz Bhatti and many more.

The most noteworthy contribution of the PPP was to a create culture of tolerance patience, forbearance and non-violence.

The BB’s struggle to transform Pakistani political culture has lasting positive implications. She strived to implant democratic values in Pakistani society and polity throughout her life. Twice she was in power and throughout her adult life, she headed the largest political party of Pakistan. BB was not just an intellectual, nor an ordinary politician to contend with power and wealth. She gave a vision and mission to its followers and party men. She believed that the democratic process is the real and longstanding solution of all the problems. She was determined, committed and staunch believer of democratic values. She never took revenge to the people who murdered her father and other family members, and who launched lethal campaign for her character assassination. She never settled personal scores or distracted her attention for her political ideals. She courageously challenged the forces of dictatorship and defeated their designs. She demonstrated a very high degree of resistance and resilience.

BB was not fatalistic and ignorant; she knew that her life was at risk. She knew that the forces against her are cruel and ruthless. Despite knowing that she may be eliminated physically, she was never scared of them. She knew that they have no value of human life. But she also knew that they are hollow, coward and morally bankrupt. The clarity of mind and mission provided her courage and conviction. She was not just an ordinary political practitioner, but devised an innovative methodology for resistance and resilience. The bedrock of her struggle for resistance and resilience was her deep faith and trust in people’s power. She knew that dictatorial forces may kill her but cannot eliminate her form the political space of Pakistan nor can they erase her from the pages of history.

She is no more in this world. But millions of people in Pakistan and around the world consider her an icon of democracy. She would remain a living factor in democratic politics for all times to come.

Now BB is not in this world, but has significant and powerful presence in our political folklore. Despite her immense popularity and charisma, she is not a museum piece just for remembrance, reverence and mourning. The BB’s political philosophy is alive and very much operative in Pakistan’s political space. BB is a source of inspiration, strength and guidance for the forces of democracy around the world. There is so much for the youth to learn from BB’s eventful and illustrious life. Shaheed BB’s vision was that democracy is the only way for the future of Pakistan. All other roads lead to chaos and anarchy. Pakistan was created by a democratic process and its survival could only be ensured by vibrant and stable democracy.

The writer is Leader of the House in the Senate of Pakistan and Secretary General of the Pakistan People’s Party. This article is an excerpt form his doctoral dissertation on Shaheed Benazir Bhutto.