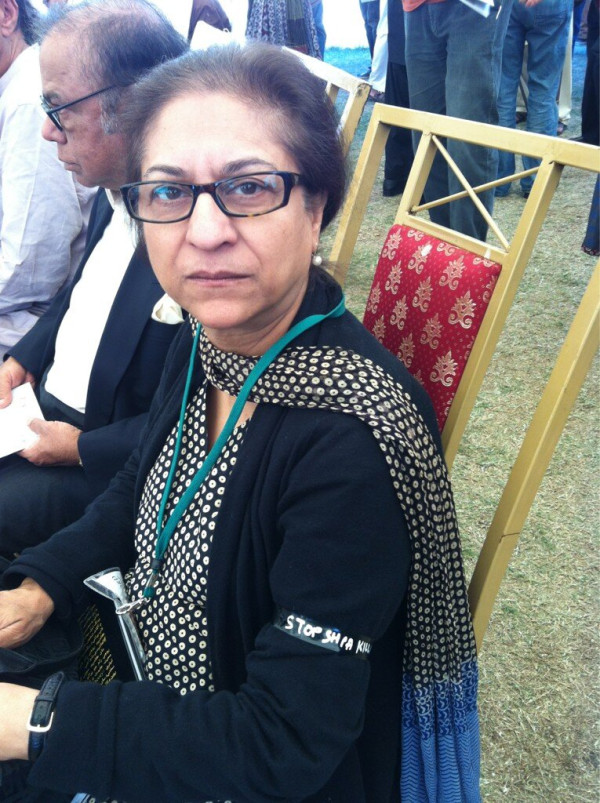 On Twitter, she issued the following statement, describing the systematic murders of Shia Muslims by the ASWJ-LeJ Deobandi militants as sectarian cleansing of Shias. She noted that either intelligence agencies and security services were incompetent or there was a case of deliberate neglect (oversight of strategic Jihadist assets). She demanded urgent government action to stop Shia genocide. 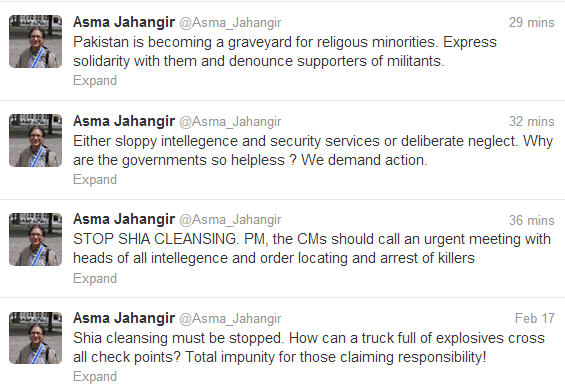 Shia cleansing must be stopped. How can a truck full of explosives cross all check points? Total impunity for those claiming responsibility!

STOP SHIA CLEANSING. PM, the CMs should call an urgent meeting with heads of all intellegence and order locating and arrest of killers

Either sloppy intellegence and security services or deliberate neglect. Why are the governments so helpless ? We demand action.

Pakistan is becoming a graveyard for religous minorities. Express solidarity with them and denounce supporters of militants.