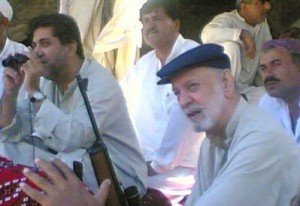 There is no simple explanation for our new normal reflected in the craziness that has come to define Fridays. Religious intolerance, ignorance projecting regression as progress, being stuck in poverty with no prospect of upward social mobility, political disempowerment, total absence of governance, a capitulated state that survives by appeasing the monsters it has reared and a ruling elite that refuses to accept responsibility that comes along with power creates a toxic mix.

We have lamented our predatory state for a while now. It is time we confess that our transformation into a predatory society is also complete. We are caught in a vicious cycle. The disempowered now want power to abuse it the way they watch the powerful do.

Yet we don’t wish to focus on deeply held social and institutional prejudices that continue to undermine equality in all realms: social, political and economic. Paradoxically speaking of our utter disregard of truisms is seen as yet another truism. In our case our unhesitating acceptance and preservation of prejudice in the name of belief, pride or patriotism is inhibiting our ability to distinguish right from wrong.

We were 12 or 13 when we entered Cadet College Hasanabdal (CCH). This was an all-boys boarding school. It attracted academically bright kids from the middle class from all over Pakistan who were generally driven by the need to make something out of their lives on the basis of personal merit.

Being nestled in a small town, CCH enforced a uniform rigorous routine, provided no real opportunity to flout family money or influence and thus created quite a level-playing field. You made friends because of who they were and not where they came from. But at that impressionable age one can acquire a cruel disregard for the sensitivities of others.

My recollection of our Islamiat class is that it injected in me the fear of religion not its love. We were told that even if one relevant hair on the body was left dry during wazu (ablution), the prayer wouldn’t be accepted. Our teacher chided the society for teaching infants bye-bye before Allah Hafiz with no realisation that while learning to speak toddlers will utter words easy to pronounce before the phonetically difficult ones.

I believe it was during one of the Islamiat lectures that Ahmadis were denounced as religious renegades and thus worst than infidels. By this time we were in 10th grade, we had spent over two years together, confronted rigging and bullying by seniors and developed a kind of espirit de corps especially when it came to entry mates.

A close friend and entry mate was Ahmedi. I don’t remember exactly how the hate preached in our Islamiat class overtook our friendship and camaraderie, but I do remember being part of a group that poked fun at his religious beliefs and saying vile and nasty things that I now find hard even to acknowledge to myself.

My conduct was not a product of any deliberately held religious beliefs of my own. But while I was born to Sunni parents and thus mainstream, our friend had suddenly become the ‘other’ and a fair object of ridicule and cruelty. I was still in the gleeful bullying mode when my parents came to visit on Friday. On hearing of my new-found hate for Ahmedis and the consequent despicable conduct, I received a severe rebuke from my father.

He reminded me that my religious inclination was due to the incidence of my birth and that one ought not deride others for holding beliefs they similarly inherit from their ancestors. I was also asked to apologise to my friend and bring him home over the next long weekend. I don’t remember if that happened.

My friend’s family faced persecution in Lahore and eventually migrated to the US. So did my friend. We haven’t spoken in years. I believe I still owe him a proper apology. But growing intolerance in our society takes me back to that brief period when I merrily practiced bigotry in the name of religion. As a child and a youth bigotry is only another form of bullying, a game. But it is frighteningly easy to acquire and extremely hard to get rid of.

In August this year I visited Bangladesh for the first time. While I belong to the post-1971 generation I have to admit I felt a sense of gloom when we landed in what was once East Pakistan. You do not need to read the Hamood-ur-Rehman Commission Report or Rounaq Jahan’s Pakistan: Failure in National Integration to recognise the deep-rooted ethnic prejudice that we continue to breed and nurture in Pakistan. Not having learnt anything from 1971, the disparagement of Bengalis evident in comments about their height, colour and demeanour is unmistakable even today. The post-1971 generation in Pakistan has been raised with a sense that we are better off with the ugly overpopulated Bangladesh having taken its own separate route.

While in Bangladesh I asked my uncle, a retired rare admiral of Pakistan Navy, what it was like living in united Pakistan and how he felt visiting Bangladesh. He narrated some experiences. One was as a young officer when he was serving at a ship docked in Chittagong in the early 1960s. He said he remembered a night at the Chittagong club when a prosperous looking businessman walked into the club along with his attractive wife and an army officer at the entrance pulled aside the wife and took her to his private quarters. Shocked and desperate not to acknowledge such ugly reality (despite being fairly aware of the abuse Pakistan subjected its Bangali populace to) I wondered aloud if my uncle might be mistaken about an old memory.

He smiled faintly and said that as a 20-some year old having stayed in Chittagong for three months and with no understanding or interest in politics, he had told a fellow Bengali officer while leaving that he feared he might need a visa the next time he had to visit. I asked him why he felt so back then. He said it was simple: Pakistanis neither respected Bengalis nor considered or treated them as equals.

We understand the argument as we accuse the West of practicing such hypocrisy. But our response to the reality of the hideous treatment we meted out to the Bengalis when they were fellow citizens has been plain denial. For the last 40 years 1971 has been explained away as India’s evil design or as the political greed of rulers. We have never accepted that it was not just the misconceived policies of our security state but also blatant societal prejudice that drove Bengalis away.

So we continue to rear, preserve and justify revolting prejudice in the name of religion, ethnicity and pride. We claim to be proponents of a peaceful religion and seek respect for it but have no qualms about subjecting the beliefs of others to hate speech. We argue that the state nurtures no bias.

But 41 years after 1971, Sardar Akhtar Mengal is still demanding what the Bengalis were denied: equality, respect and freedom from state oppression. We pretend that all citizens are equal but this guarantee of equality is a joke if you are not Sunni, Punjabi, male and prosperous. Our state might have corrupted the society. But the predatory state and predatory society now complement each other. So long as we remain in denial the ideologies of hate will only continue to proliferate.

The writer is a lawyer based in Islamabad. Email: sattar@post.harvard.edu