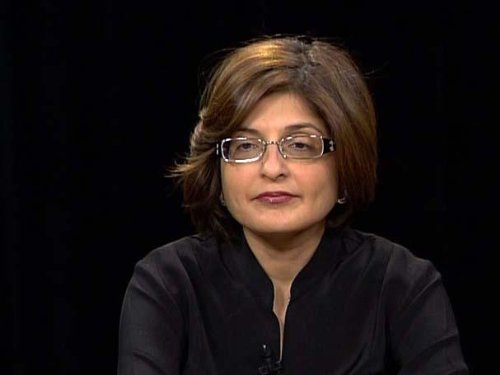 For the first time in its history, Pakistan is close to a democratic transfer of power. One directly elected government will go through the electoral process again in the first quarter of 2013 and a new, elected group answerable to the people of Pakistan will be sworn in to govern it and determine its future.

This is a great stride forward but much of what true democracy envisages has not yet unfolded.

A great deal of the blame for unfulfilled expectations of the masses has to be doled out to ‘the establishment’ — the rulers of Pakistan since its birth. An overbearing military that intervenes constantly in matters of state — be they domestic or relate to foreign policy — has constantly held the feet of our elected representatives to the fire though they have no constitutional right to the power they exert.

The second component of  ‘the establishment’ is the permanent bureaucracy. They are contemptuous of both the voters and their elected representatives. Along with their permanent allies in the military, bureaucrats, too, are often corrupt but never held accountable. They are often the ones to provide grist for the rumour mills that churn constantly whenever an elected government is in office.

The judiciary often works in tandem with the bureaucracy to derail visionary schemes and conduct accountability exclusively of elected politicians. The sheer volume of political issues that have ended up at the judiciary’s doorstep in the current term of parliament is evidence of how the administration of justice has given way to a generation of headlines.

A third and much expanded factor among anti-politician forces is the major explosion of the media. The electronic media, as well as sections of the Urdu press, keeps its readers constantly abreast of any hint of mismanagement and corruption by the politicians but quickly sweeps away stories that involve it or the establishment. To perform as a government or even as an opposition in such an environment is never easy.

The politicians, especially the government and its allied parties, have an obligation to implement the vision they presented to the voters to secure election. The people have a right to ask what steps have been taken to prevent mob rule in Pakistan.

Equally valid are concerns about plans to stem the tide of extremism. Voters will almost certainly ask at the next election if elected representatives just turned a blind eye to daily sectarian, ethnic and political killings.

True democracy is not just about the right to vote and the sanctity of the ballot box.

The will of the people is supreme in a democratic order. But elections are just the first step towards democracy. A democratic nation aspires to and means far more. The freedom of its polity to be safe, express itself freely and ultimately to be equal as citizens notwithstanding religion, gender or ethnicity.

Without all the important building blocks in place to ensure individual freedoms, we will see more and more democracies of the kind that we witness as a result of the ‘Arab Spring’.

Tunisia and Egypt show us that if the vote alone is to be the barometer, then Islamists who do not accept pluralism at heart will ultimately triumph. The first steps some of these emerging democracies have taken are to take away rights from minority religious groups and women. The outcome of the process has neither been fair nor truly democratic. In some ways it represents a frightening turn.

Pakistan has a much older tradition and aspiration of democracy than the ‘Arab Spring’ nations. However, after 50 years of some small periods of democracy, can we say that we are more evolved than those nations? I think not.

We must focus on the individual’s right to happiness and safety to emerge as a proud nation. A democracy built only and solely on the ballot box will always remain shaky and vulnerable. We have to take back our national narrative from extremists and ensure all institutions adapt to putting the rights of every citizen before the protection of their powerful institutions.