Home  »  Blogs Cross posted • Humour & Satire   »   So an Atheist, a Muslim and an Ahmadi walked into a bar one day – by Shamila Ghyas This may or may not be based on actual facts…. and it won’t make much sense to most any way.

So an atheist, a muslim and an Ahmadi walked into a bar one day:

At: Aren’t you a muslim?

M: I only eat halal too… unless I am on holiday in Thailand, then I eat everything. So make that a lager.

At: Hokey then. So what will you have, Mr. Ahmadi. You’re a muslim too. 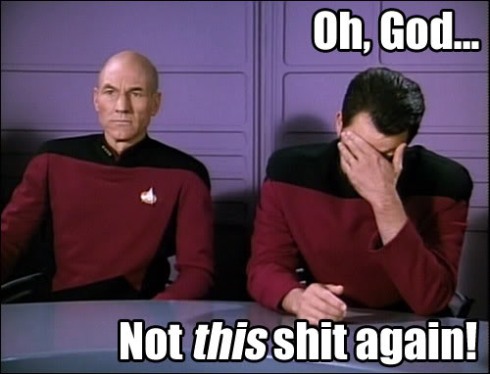 M: I don’t know why you people insist on calling yourself muslims. You don’t even believe what the Quran states.

Ah:  We read the Quran just like you and have complete faith as well, Prophet Muhammed is our prophet too, just like you.

At: Woah, woah.. come on Mr. Muslim. Ahmadis have such a hard time. You guys treat them so poorly, they should be allowed to call themselves whatever they want. Isn’t that a basic human right? Don’t you always say you are tolerant? Why not act it?

Ah: *Big smile* thank you Mr Atheist. We are people just like you  Mr. Muslim, we just want the right to call ourselves what we believe we are, and live peacefully.

M:   *smoke seething out of ears*  I will defend my religion and I will personally kill all you kaafirs if someone else doesn’t do it first. You are not muslims. I shall break your tomb when you die and bar you from going anywhere that we, the true muslims go. I will even scratch out the name of you Qadianis from textbooks, who contribute to the betterment of my country.

At: Please.. you need to stop doing this. They are people just like you with equal right to everything. I shall stand in the way if you try to harm him.

Ah: *shakes head* So, how about that Ayaan Hirsi asking for Islam to militantly crushed. She’s such a bigot.

At: How is she a bigot? She doesn’t have an issue with muslims.

Ah: But she wants to crush Islam militantly.

At: Yes, but when did an atheist ever blow himself up? We don’t go KABOOM!

Ah: Do you understand the word militantly?

At: She doesn’t mean physically destroy muslims. She means the religion.

Ah: You are a militant atheist.

At: What? Just a little while back you were thanking me for sticking up for you, and now that I am giving someone else the same benefit of doubt, I am a militant atheist?

At: What the? And I don’t like being called a militant atheist.

Ah: Bigot bigot bigot. I shall call you what you are.

M: Exactly kaafir Ahmadi, you tell the other kaafir what he is…

At: So, I am sticking up for you so you have the right to call yourself what you want and you are branding me a name that you think fits?

Ah: How do you spell your name.. I am posting this on fb.

At: No, I don’t want you to post this. It’s a private conversation.

Ah: It happened in a public bar. It’s not private. *types types types*

Smile for the camera please.

M: Another beer please. This is getting goooood. *keeps patting Mr. Ahmadi’s back, then wipes hand on napkin*

M: You tell him kaafir bro! Just don’t touch my Quran or me. But you tell him! Woo woo!